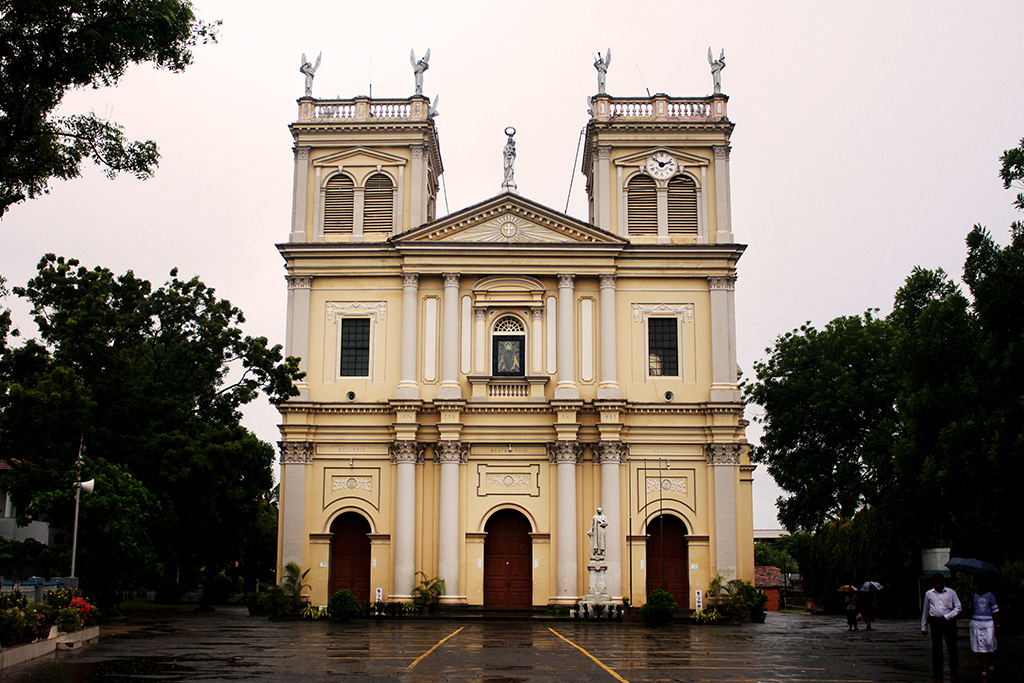 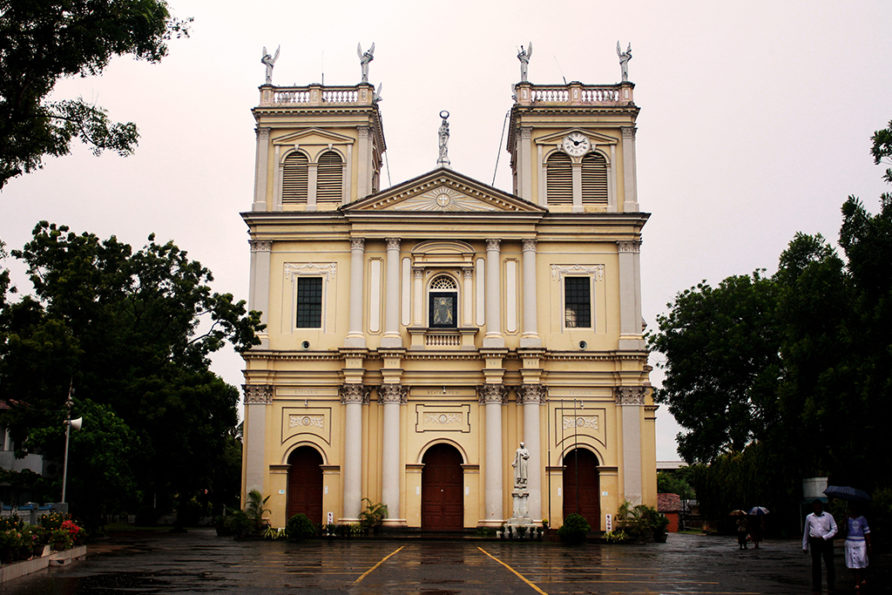 The St. Mary’s Church, Negombo is landmark edifice, a Roman Catholic church in the heart of Negombo. Its exterior surface is painted in pink colour. It is one of the largest cathedrals in Sri Lanka.

Negombo has been influenced greatly by the Christian faith from the time it was occupied by the Portuguese. It is often called “Little Rome” in view of the large number of churches in the city. Construction of the church was started in 1874 and completed, after a long gap, in 1922. The art and architecture of this church and a few similar other churches in Sri Lanka demonstrate the cultural amalgamation of the European practice with Sri Lankan art and architecture during the early years of the 20th century.